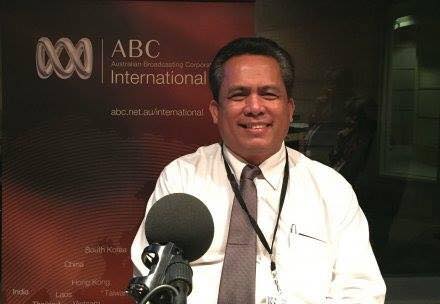 Kem Ley, longtime political analyst and organiser of the fledgling Grassroots Democracy Party, was shot dead this morning outside a CalTex service station on the corner of Monivong and Mao Tse Tuong Boulevards in Phnom Penh.

Detectives emerging from the crime scene this afternoon said Ley had been shot twice, once in the shoulder and once in the head.

“Yes, the person who was shot dead is Kem Ley,” Chantharith told the Post. “We don’t know how many suspects yet, but we arrested one and he is being questioned now. The suspect said the motive of the killing was about [Ley] owing money. But we don’t believe him yet. We are still questioning him.”

“All the customers ran out,” one attendant who was pumping gas at the time said. “At that time, it was quiet, there were not many people. … We thought it was an explosion. There were people inside shouting ‘robbery!’ But a woman came out crying and said it was not a robbery, it was a murder. She was crying and she was shaking.”

The attendant added that Ley was a regular customer of the store and came each morning to drink coffee and read the newspaper.

The alleged shooter, which Phnom Penh police chief Choun Sovann confirmed has been arrested, was initially seen fleeing on foot.